Goodhue County (pop. 46,183) is between Rice County and the Mississippi River.

The county seat is Red Wing (pop. 16,459); Red Wing Shoes Company was founded in Red Wing in 1905, and the company is still headquartered there. 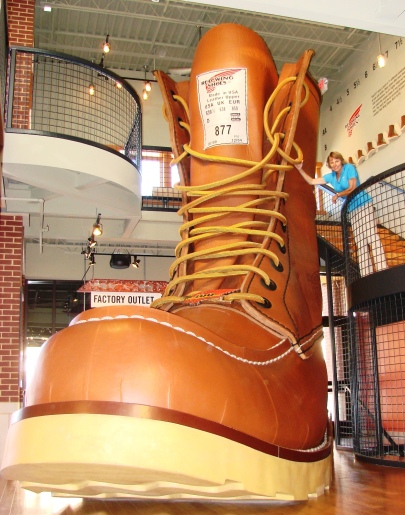 The World’s Largest Boot, at the flagship store in Red Wing

Barn Bluff in Red Wing is a landmark along the Mississippi, rising 400 feet above the river.

The T.B. Sheldon Memorial Auditorium opened in Red Wing in 1904.

Bob Dylan’s song “Walls of Red Wing,” recorded in 1963, was about the reform school for boys in Red Wing – now the Minnesota Correctional Facility-Red Wing.

Their third and final studio album.