Crook County (pop. 7,083) is in the northeastern corner of Wyoming, adjacent to Montana and South Dakota.

Both Crook counties (the other is in Oregon) are named for Gen. George R. Crook, who served in the Civil War and Indian Wars.

The lowest point in Wyoming, 3,099 feet above sea level, is on the Belle Fourche River in Crook County.

Devils Tower was America’s first National Monument, in 1906. It rises 1,267 feet above the surrounding terrain.

The wooden Tower Ladder, constructed in 1893, is on the National Register of Historic Places. It was last used to reach the summit in 1927. 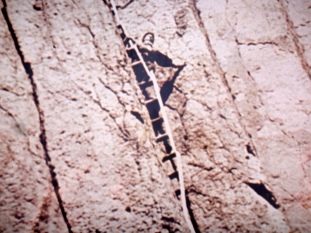 Part of Black Hills National Forest is in Crook County.

Ponderosa pine is the most common tree.

The Vore Buffalo Jump is an archeological site along Interstate 90 near the South Dakota border.

An exhibit at the Crook County Museum in Sundance

The county seat of Crook County is Sundance (pop. 1,182), the smallest county seat in Wyoming.

Harry Alonzo Longabaugh (1867-1908), the notorious robber of trains and banks, adopted his nickname of the “Sundance Kid” while in the Sundance Jail for horse-thieving in 1887. 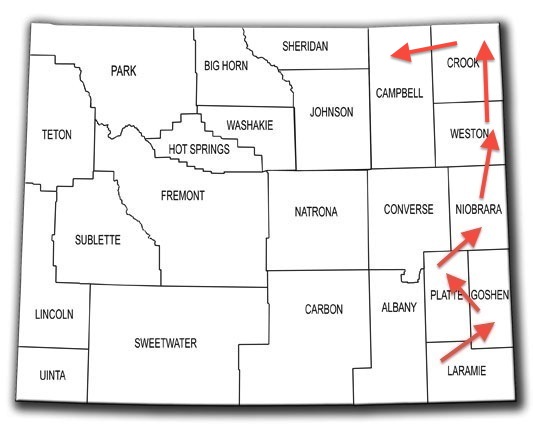