Iron County (pop. 11,817) is east of Gogebic County. It’s one of four Iron counties in the U.S. – the others are in Wisconsin, Missouri, and Utah.

Iron County was a center of iron-ore mining and logging starting in the late 1800s; the last mine closed in 1979, but logging continues to be an important part of the local economy.

The county seat of Iron County is Crystal Falls (pop. 1,469). The Iron County Courthouse was built in 1890.

Crystal Falls is renowned among mycologists for the “Humungus Fungus” – a 1,500-year-old, 11-ton mushroom colony (armillaria gallica) that covers 37 acres (mostly underground) in a nearby forest. 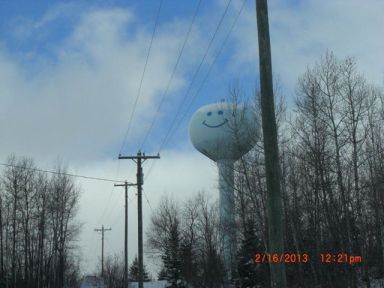