It is the only Charlevoix (char-le-VOY) County in the U.S.

The city of Charlevoix has been a summer resort area since the late 19th century.

The city, county, and lake were named for Pierre Francois Xavier de Charlevoix (1682-1761), a Jesuit traveler and historian.

Lake Charlevoix is the third-largest lake located entirely in Michigan.

The four-car Ironton Ferry, on the South Arm of Lake Charlevoix, saves drivers about 18 miles between Ironton and Boyne City. 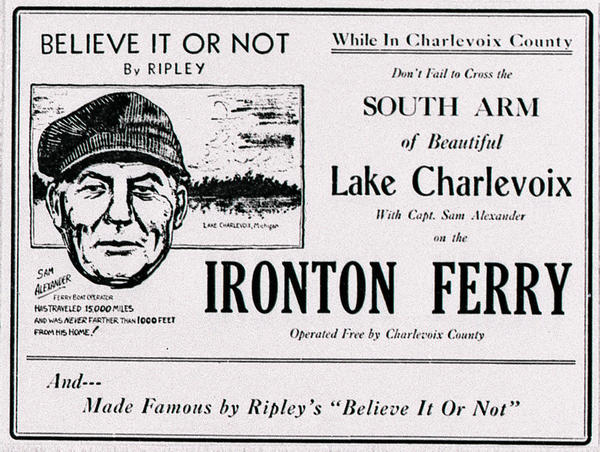 Beaver Island (pop. 365), the largest island in Lake Michigan, is in Charlevoix County and reached by auto ferry from Charlevoix.

About 30 miles from Charlevoix

Charlevoix is the home of the former World’s Largest Cherry Pie Tin.