Montcalm County is shaped something like Nebraska. The county seat, Stanton (pop. 1,417), is near the center of the county.

The largest city in Montcalm County is Greenville (pop. 8,481), which is close enough to Grand Rapids so that commuters can live in Greenville and work in Grand Rapids.

Greenville was known as “The Refrigerator Capital of the World” because of its refrigerator factories. The large Electrolux factory in Greenville closed in 2006.

The Winter Inn is a hotel in downtown Greenville that has been operating since 1902.

Fighting Falcon in Greenville in 1943

On a former CSX railroad right-of-way

Montcalm County has more than 100 lakes. 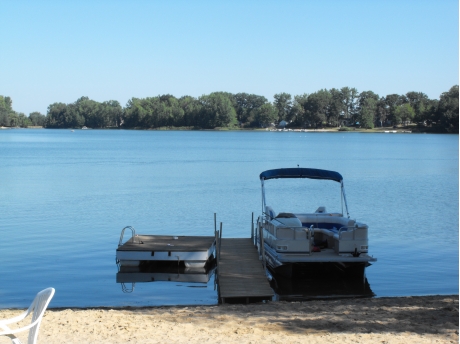 The unincorporated community of Cedar Lake is well-known for its abandoned two-story outhouse.