Ionia County (pop. 63,905) is west of Clinton County and east of the city of Grand Rapids. It’s the only Ionia County in the U.S.

The county was named for the ancient region of Greek settlement along the coast of what is now Turkey. 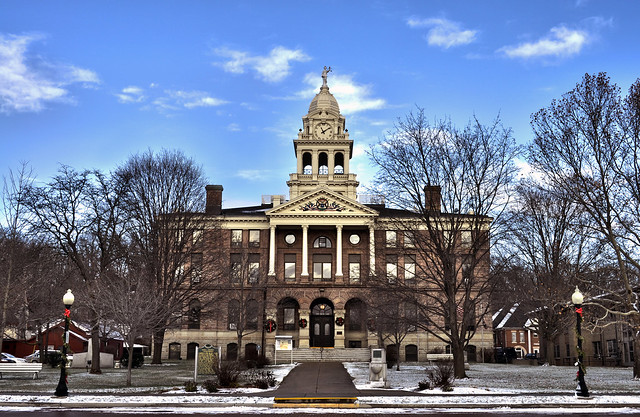 The restored Ionia Theatre (1931) has movies, concerts, and special events.

The Ionia Community Library is located in the 19th-century Hall-Fowler House.

The city of Belding (pop. 5,757) is the home of the Alvah N. Belding Memorial Library.

The Belding Museum at the Belrockton is located in a former boarding house, built in 1906 for single female workers at the silk manufacturing plant of Belding Brothers and Company.

Belding was “Silk City of the World.”

The New Era Potato Chip silo is near Portland (pop. 3,883), in the southeastern part of the county.