Kent County (pop. 602,622) is Michigan’s fourth-most-populous county; the three larger counties are all in the Detroit metropolitan area. It is one of six Kent counties in the U.S.

The county seat of Kent County is Grand Rapids (pop. 188,040), second-largest city in the state.

On the Grand River, the state’s longest river

Grand Rapids has a long history as a center of furniture manufacturing.

Gerald R. Ford (1913-2006) grew up in Grand Rapids, serving as congressman from the area from 1949 to 1973 before becoming vice president of the United States in 1973 and president in 1974. The Ford Presidential Museum is in Grand Rapids.

Gerald Ford was the only president who was an Eagle Scout. A statue of Ford as a 14-year-old Scout is in front of the local Boy Scouts office.

The Blue Bridge is a pedestrian bridge across the Grand River in downtown Grand Rapids. It was formerly a railroad bridge.

The Wealthy Theatre, southeast of downtown on Wealthy Street, is a former vaudeville theater and neighborhood movie house that now hosts a variety of concerts and other events. 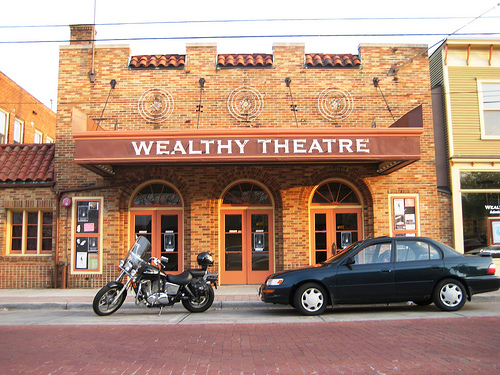 The nine-minute “Grand Rapids Lip Dub,” with Grand Rapids residents lip-synching to Don McLean’s “American Pie,” has been called “the greatest music video ever made.”

The unincorporated community of Comstock Park, just north of Grand Rapids, is the home of the West Michigan Whitecaps, Class-A Midwest League affiliate of the Detroit Tigers.

The Frederik Meijer Gardens and Sculpture Park, just east of Grand Rapids, opened in 1995. It is the second-most-popular cultural destination in Michigan, with about 600,000 annual visitors.

Ada Township, east of Grand Rapids, is the home of Amway, founded in 1959. 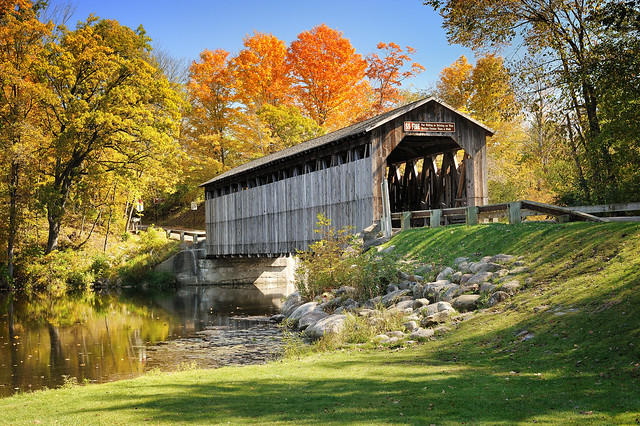 On the Flat River