We begin our virtual trip through the 39 counties of Washington in Asotin County, located in the far southeastern corner of the state. This is the route that we’ll be taking.

The county is bordered by Oregon on the south and by the Snake River and Idaho on the east.

The county seat of  Asotin County is the city of Asotin (pop. 1,251), fourth-smallest county seat in Washington.

On the Snake River

Six miles north of Asotin is Clarkston (pop. 7,229), the county’s largest city. Clarkston is at the confluence of the Snake and Clearwater rivers, across the Snake from Lewiston, Idaho. 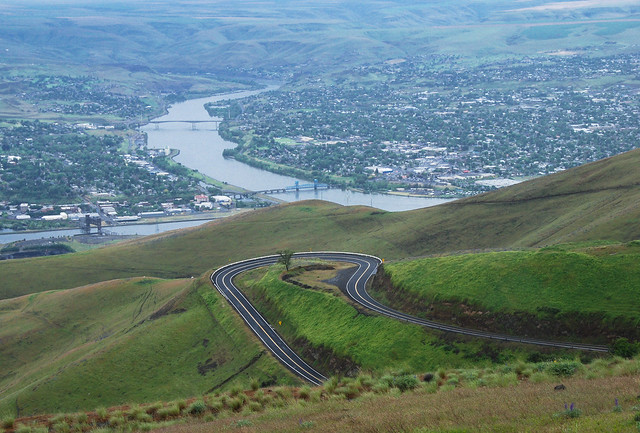 Clarkston and Lewiston, in the Lewis-Clark Valley, were named for Meriwether Lewis and William Clark, who explored the area on their 1804-06 Corps of Discovery Expedition.

They never set foot on the Clarkston side.

Clarkston’s ZIP Code of 99403 is the highest ZIP code in the contiguous United States.

The Lewis-Clark Valley is considered the Gateway to Hells Canyon – the canyon on the Snake River between Oregon and Idaho that is North America’s deepest river gorge.

Fields Spring State Park is in the southern part of the county. It has the only two teepees in Washington state parks – available for campers for $30 per night. Accommodating up to six persons