The 12 Adams counties in the U.S. are named for four different Adamses. This Adams County was named for John Adams (1735-1826), the second president.

The county seat of Adams County is the city of Ritzville (pop. 1,673), one of Washington’s smallest county seats.

Ritzville’s Carnegie Library (1907) is still open as the city’s library.

The Ritz Theatre in Ritzville opened in 1937.

The largest city in Adams County is Othello (pop. 7,364), located in the irrigated agricultural area in the county’s southwestern corner. 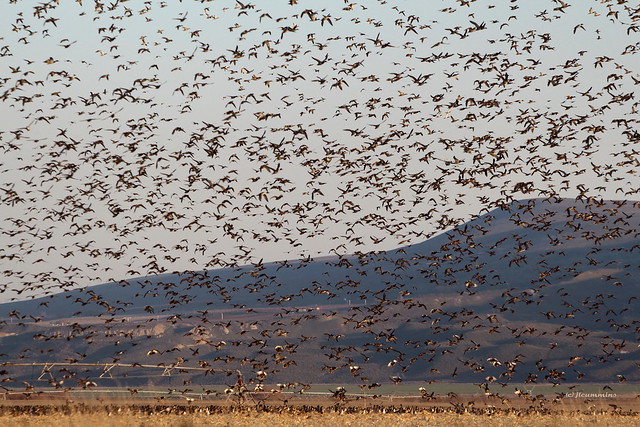 Ducks landing in a cornfield

The city of Lind (pop. 572) is known for its annual Combine Demolition Derby.

Adams County is in the middle of the eastern Washington region known as the “Channeled Scablands” – a barren area that apparently resulted from massive flooding, about 13,000 years ago, at the end of the last Ice Age.