The county is bordered on the east by the Columbia River and on the west by the Cascades.

The county seat of Kittitas County is the city of Ellensburg (pop. 18,174). 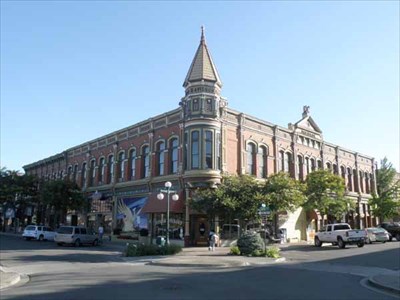 Downtown Ellensburg has a statue of a bull sitting on a bench, sculpted in 1986. 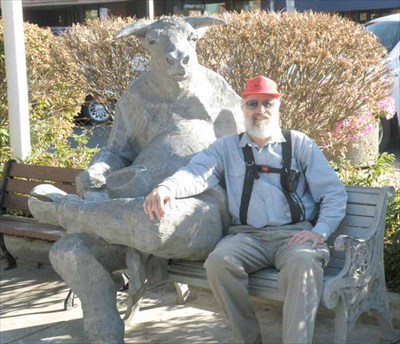 Ellensburg is the home of Central Washington University, founded in 1890 as the Washington State Normal School, for the training of teachers.

Downtown Ellensburg also has a statue of Washoe, the first chimpanzee to communicate with American Sign Language. Washoe lived at Central Washington University for many years.

Up to 250 dogs in attendance

Farther east, near the Columbia River, is the Ginkgo Petrified Forest State Park. Just outside the park is the Ginkgo Gem Shop, with its collection of dinosaurs.

No dinosaur fossils have been found in Washington.

West of Ellensburg, in the town of South Cle Elum (pop. 532), the former Milwaukee Road bunkhouse (1909) is now the Iron Horse Inn Bed and Breakfast.

The former coal company town of Roslyn (pop. 900) was the real-life setting for the TV show “Northern Exposure” from 1990-95. Roslyn stood in for the fictional town of Cicely, Alaska.