Much of the county is in Pinchot National Forest.

Mount St. Helens is in the northern part of Skamania County. St. Helens last erupted in 1980, causing massive destruction and the deaths of 57 people.

Today, the mountain is part of Mount St. Helens National Volcanic Monument. Visitors may drive within four miles of the crater.

The county seat of Skamania County is the city of Stevenson (pop. 1,465).

Stevenson is in the Columbia Gorge – an area that is extremely popular for windsurfing and kiteboarding. 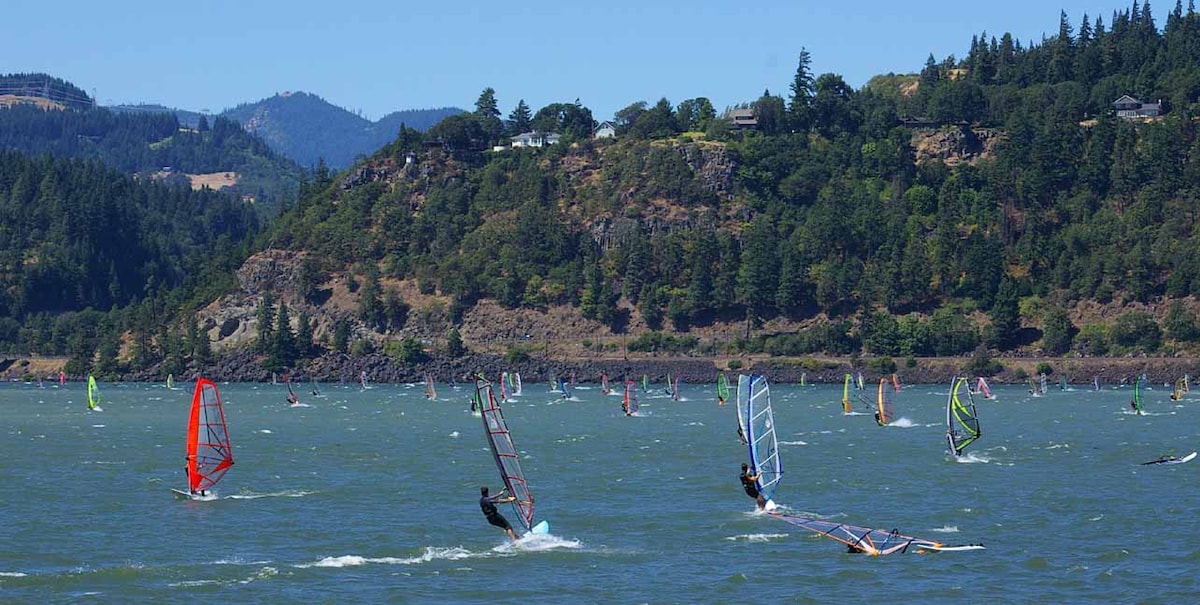 Windsurfing on the Columbia

The Columbia Gorge Interpretive Center Museum, in Stevenson, has a variety of exhibits about local history.

Beacon Rock State Park is west of Stevenson; the 848-foot-tall rock has long been a landmark on the Columbia River. One of the world’s largest free-standing monoliths

The Bonneville Lock and Dam, which opened in 1937, crosses the Columbia to Oregon. Built and managed by the Army Corps of Engineers, it is a major producer of electricity.

“Roll on Columbia, roll on”