Skagit County (pop. 116,901) is north of Snohomish County. Pronounced “SKAD-jit,” it was named for the Skagit tribe, who have lived in the area for many years.

The 150-mile Skagit River runs westward through the county, flowing into Puget Sound.

The Skagit Valley Tulip Festival, which takes place throughout April, is one of the largest festivals in the Northwest.

The Lincoln Theatre (1926) in Mount Vernon has a mixture of live events and movies.

The theater still has its original Wurlitzer organ.

The Lenning Farms Berry Barn claims to have the largest hedge maze in North America. 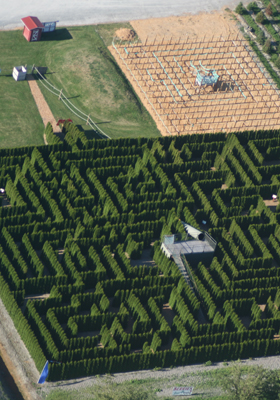 In the city of Burlington (pop. 8,388), just north of Mount Vernon, His Place Community Church has a children’s church building shaped like Noah’s Ark.

The city of Anacortes (pop. 15,778), on Fidalgo Island, has ferry service to the San Juan Islands, Vancouver Island, and nearby Guemes Island. 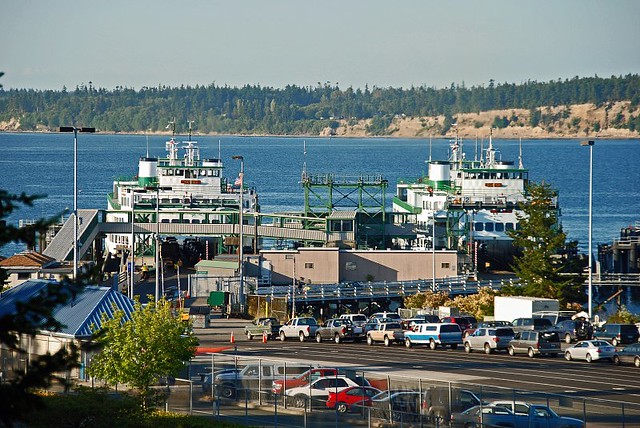 Vehicles waiting to board the ferries

The “Lady of the Sea” statue in Anacortes shows a woman and child waiting for the return of their loved ones.

East of Mount Vernon is the town of Concrete (pop. 705), which got its name because of the two cement companies in town. A building at Concrete High School (1952) has a road going under it. 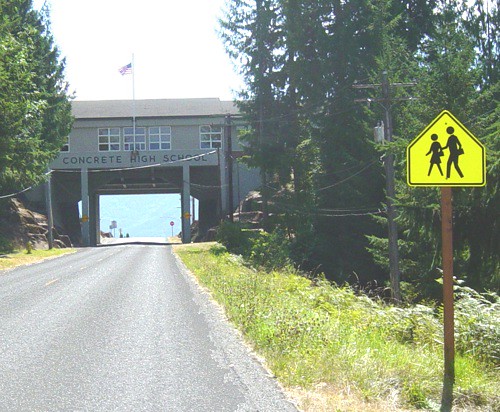 Nearby, the unincorporated community of Rockport has a “Self-Kicking Machine” at a service station along State Route 20.