Football great John Elway was born in 1960 in Port Angeles, where his father was coaching football at Port Angeles High School.

The family moved away a year later.

The M/V Coho ferry has been going back and forth between Port Angeles and Victoria, B.C., since 1959. The 20-mile trip takes about 90 minutes.

Port Angeles is the headquarters of Olympic National Park, which is in four counties (including Clallam). 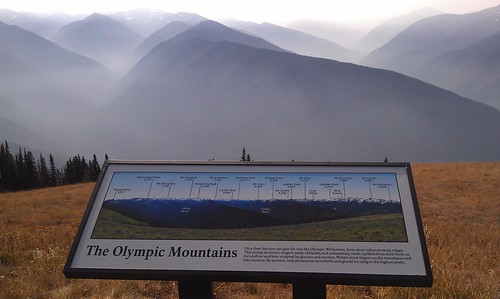 The city of Sequim (pop. 6,606), in the rain shadow of the Olympic Mountains, receives only about 16 inches of rain a year. (Seattle gets about 37 inches.)

Near Sequim, on the Strait of Juan de Fuca, is the unincorporated community of Dungeness, which gave its name to the Dungeness crab.

The city of Forks (pop.3,532), west of Port Angeles, receives about 119 inches of rain a year. Forks is the setting for Stephenie Meyer’s “Twilight” books.

The movies were not filmed in Forks.