We begin our virtual trip through the 67 counties of Florida in Escambia County (pop. 297,619), located at the western tip of the Panhandle. This is the route that we’ll be taking.

The county was named for the 258-mile Escambia River, whose name may have been derived from a Creek work meaning “clearwater.” The only other Escambia County is just to the north, in Alabama.

Escambia County was one of Florida’s two original counties – along with St. Johns County, both organized in 1821. Escambia County included all land west of the Suwannee River.

The county seat of Escambia County is the city of Pensacola (pop. 51,923), located on Pensacola Bay on the Gulf of Mexico. 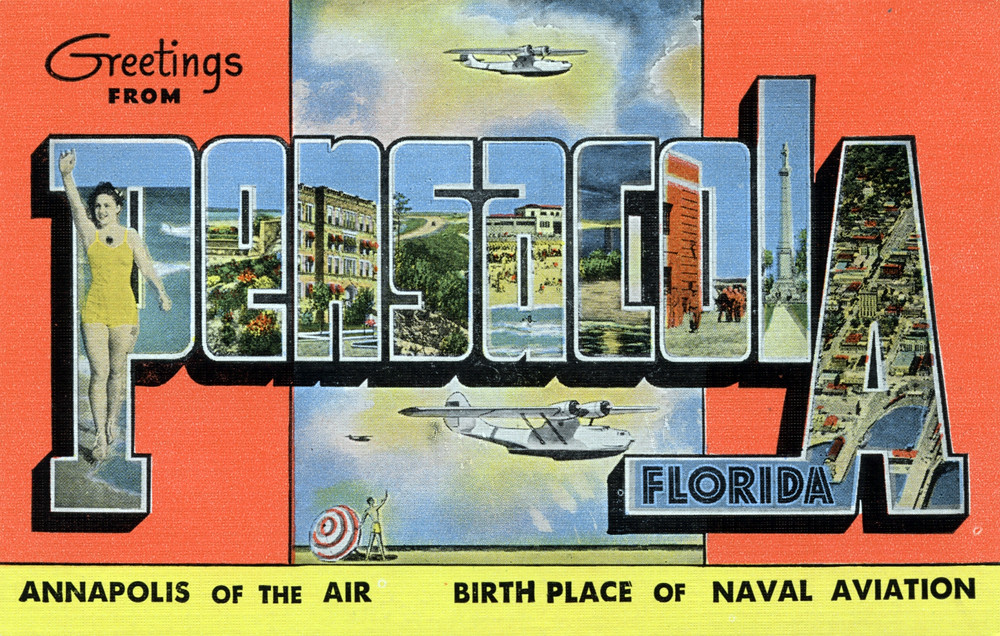 Naval Air Station Pensacola, just southwest of the city, is the initial training base for all Navy, Marine, and Coast Guard aviators, as well as all naval flight officers.

Home base of the Blue Angels

The University of West Florida (1963) is a public university in Pensacola. It has about 13,000 students.

The Crystal Ice Company Building (1932) in Pensacola was built to resemble a giant block of ice.

No longer in use

The Saenger Theatre in Pensacola dates from 1925.

Home of the Pensacola Symphony Orchestra

The beach is about eight miles long.

The “UFO House” in Pensacola Beach dates from the 1960s. 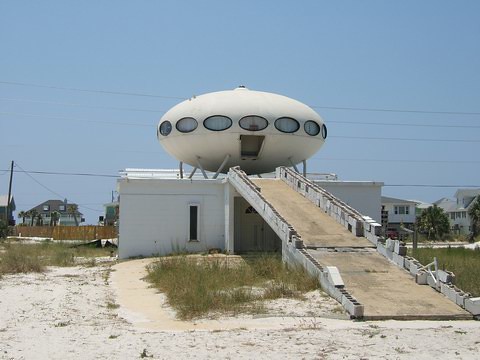 Escambia County’s western border, with Alabama, is the Perdido River; the eastern border is the Escambia River.