Calhoun County (pop. 14,625) is south of Jackson County. It is the fifth-least-populous county in Florida.

There are 11 Calhoun counties in the U.S., all named for John C. Calhoun (1782-1850), vice president under John Quincy Adams and Andrew Jackson.

Calhoun County is in the Central Time Zone. The Apalachicola River is the county’s eastern border; the other side of the river is in the Eastern Time Zone.

The county seat of Calhoun County, and the only incorporated city, is Blountstown (pop. 2,514).

From 1909 to 1972, the 29-mile Marianna and Blountstown Railroad connected Blountstown to the national rail network. It was Florida’s shortest railroad line. 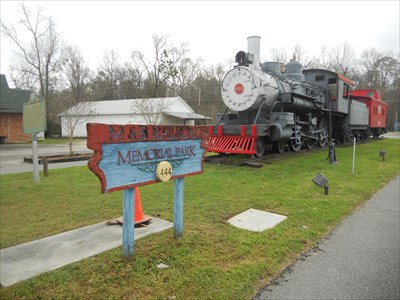 The four-mile Blountstown Greenway uses some of the former railroad right-of-way.

The Panhandle Pioneer Settlement in Blountstown is a living-history museum with a collection of 18 historic buildings, dating from 1820 to the 1940s.

The buildings were moved to the site.

In the town of Altha (pop. 536), the Altha Public School is a one-building school serving grades K-12.