Madison County (pop. 19,224) was named for President James Madison (1751-1836). It is one of 19 Madison counties, and one Madison Parish, all named (directly or indirectly) for the “Father of the Constitution.”

The county is bordered by Georgia on the north and the Suwannee River on the east.

The county seat of Madison County, and the only incorporated city, is the city of Madison (pop. 2,843). Madison has an Amtrak station, but it has not been in use since 2005, when damage from Hurricane Katrina suspended service on the New Orleans-Jacksonville section of Amtrak’s “Sunset Limited” train to Los Angeles. 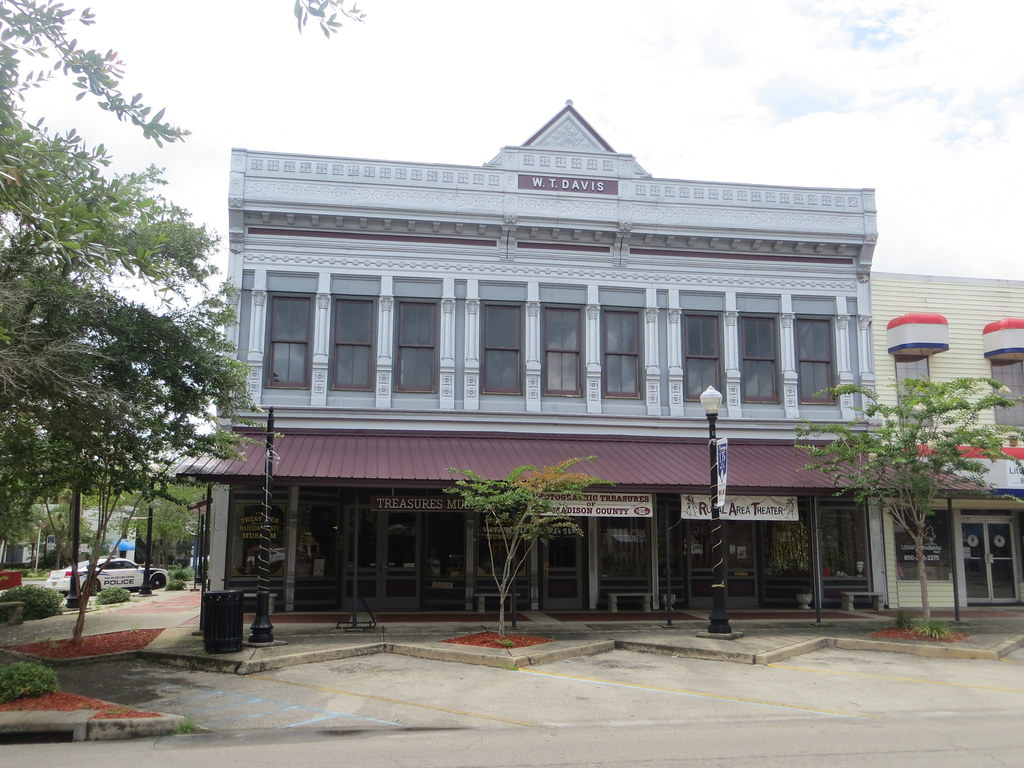 Unveiled at Madison Square Garden in 1943

The Four Freedoms Trail is an 11-mile cycling trail that starts just north of Madison and goes to an overlook of the Withlacoochee River – one of two Withlacoochee rivers in Florida.

A Rails to Trails project

Bronze statue in the park

The Ray Charles Childhood Home was purchased by the town in 2006 and restored.

Open by appointment only