Hamilton County (pop. 14,799) is on the border with Georgia, separated from the rest of Florida by the Withlacoochee River on the west and the Suwannee River on the south and east.

It’s one of 10 Hamilton counties, and one of the eight named for Alexander Hamilton (1755-1804), Secretary of the Treasury for George Washington. 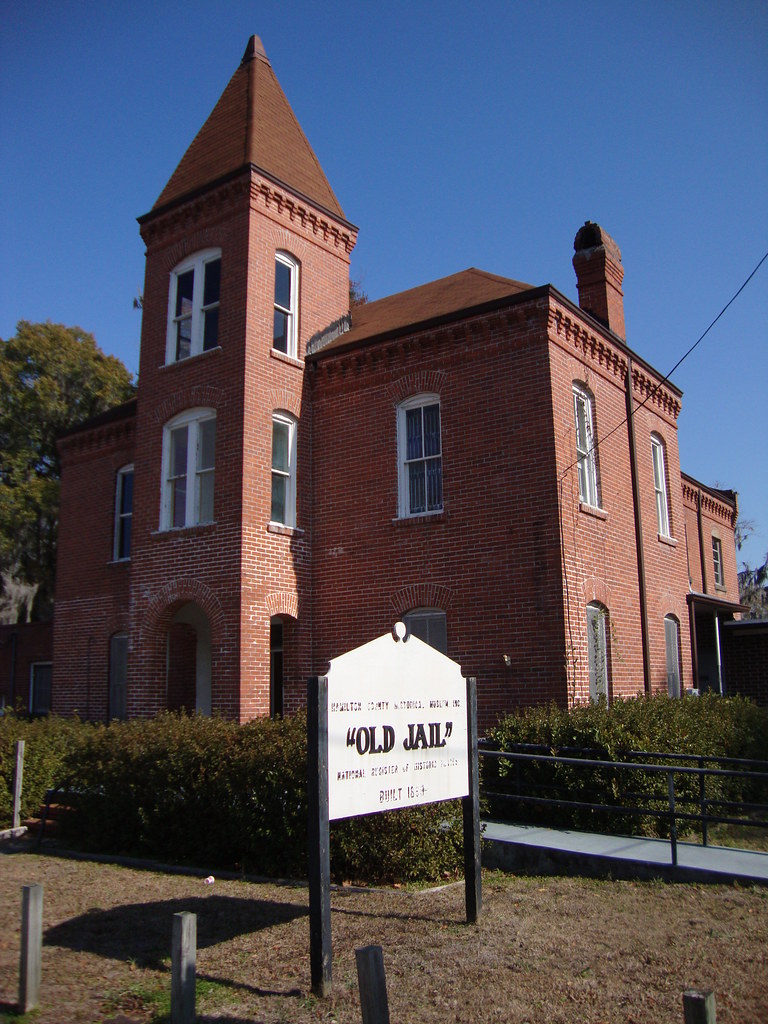 In the town of Jennings (pop. 873), the former Jennings High School building (1927) is on the National Register of Historic Places.

In the late 1800s and early 1900s, the town of White Springs was a popular destination for tourists, who came for the health benefits of its mineral springs.

White Springs has hosted the annual Florida Folk Festival since 1953.

The Stephen Foster Folk Culture Center State Park is in White Springs, on the banks of the Suwannee River.

The park honors Foster (1826-1864), a northerner who never visited Florida, but who composed Florida’s state song, “Old Folks at Home” – also known as “Way Down Upon the Swanee River.”