The county was named for the Duchy of Nassau, now in west-central Germany. The only other Nassau County is on Long Island, New York. The county seat of Nassau County is the city of Fernandina Beach (pop. 11,487), located on 13-mile-long Amelia Island.

The 1988 movie “The New Adventures of Pippi Longstocking” was filmed in Fernandina Beach.

Amelia Island is called “The Isle of 8 Flags” – it’s the only place in the U.S. that has had the flags of eight different nations flown over it.

The Amelia Island Light, built in 1838, is the oldest existing lighthouse in Florida. It marks the entrance to the St. Marys River.

Open to the public on Saturdays

The Amelia Island Museum of History is in the former Nassau County Jail. 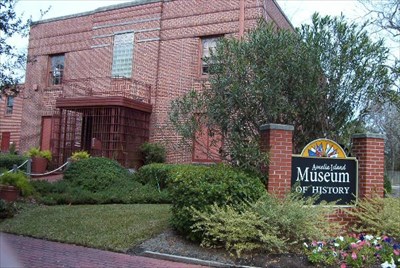 Fort Clinch State Park is at the northern end of Amelia Island. The fort, dating from 1847, was the site of one Civil War battle, when Union forces captured it in 1862.

Popular for fishing and hiking

Near the town of Callahan (pop. 962), there is a giant golf ball at the intersection of Deerfield Country Club Road and State Road 115.