The only other Bradford County is in Pennsylvania, along the Susquehanna River.

The county seat of Bradford County is the city of Starke (pop. 5,449). The former courthouse now houses the Bradford County Historical Museum and a branch of Santa Fe College.

The Woman’s Club of Starke building dates from 1922. The organization was originally known as the Mother’s Club, and only mothers were allowed to join. 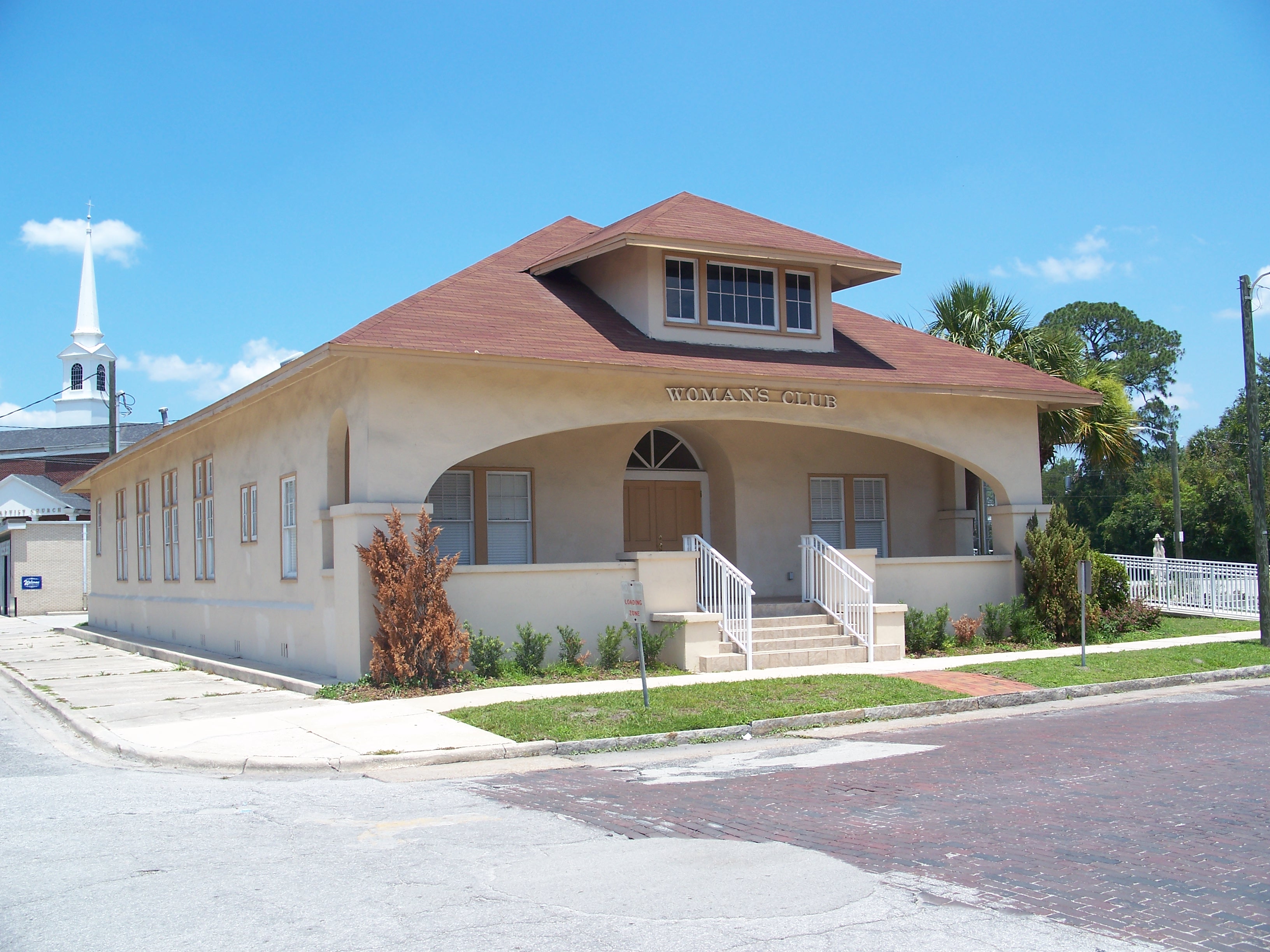 At one time it was a library.

Starke was in the news in 2013, when the American Atheists organization installed a monument in front of the Courthouse, adjacent to a year-old Ten Commandments monument. 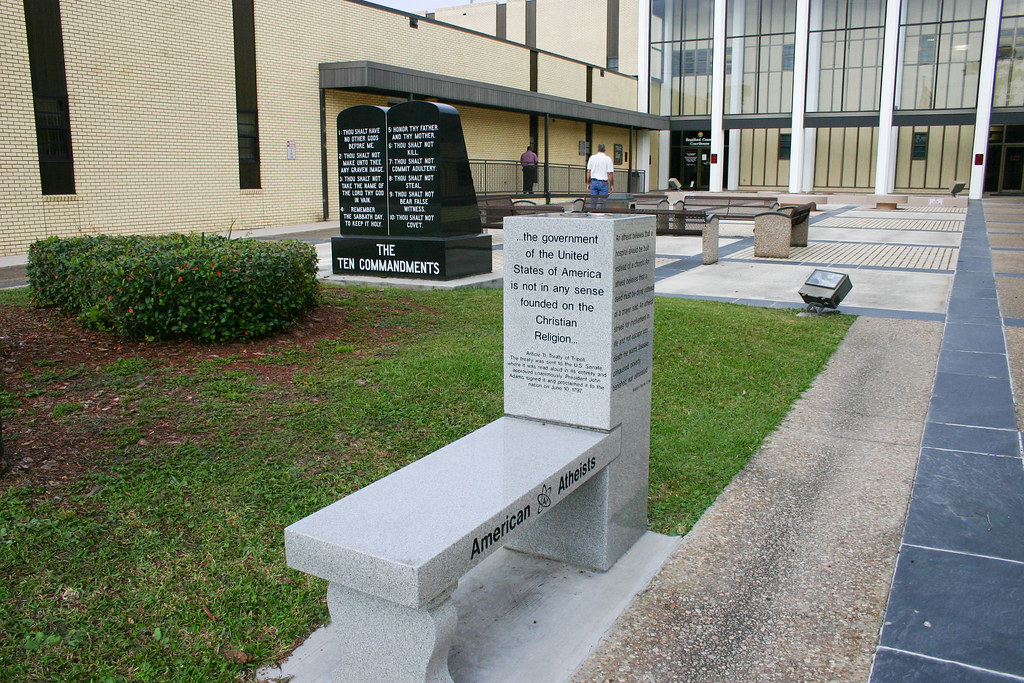 The Florida State Prison (1961) is northwest of Starke, surrounded by several other prisons.