Alachua County (pop. 247,336) is south of Bradford County. The word “Alachua” may have been derived from a Timucua Indian word meaning “sinkhole.”

The county’s best-known sinkhole is in Devil’s Millhopper Geological State Park. A 200-step stairway leads to the bottom of the 120-foot-deep sinkhole. It got its name from its resemblance to the storage bin of a mill.

Water at the bottom

The county seat of Alachua County is the city of Gainesville (pop. 124,741), home of the University of Florida – largest university in the state, with about 49,000 students, and one of the 10 largest in the U.S.

The university has the largest occupied bat house in North America, with about 300,000 Brazilian free-tailed bats in residence. 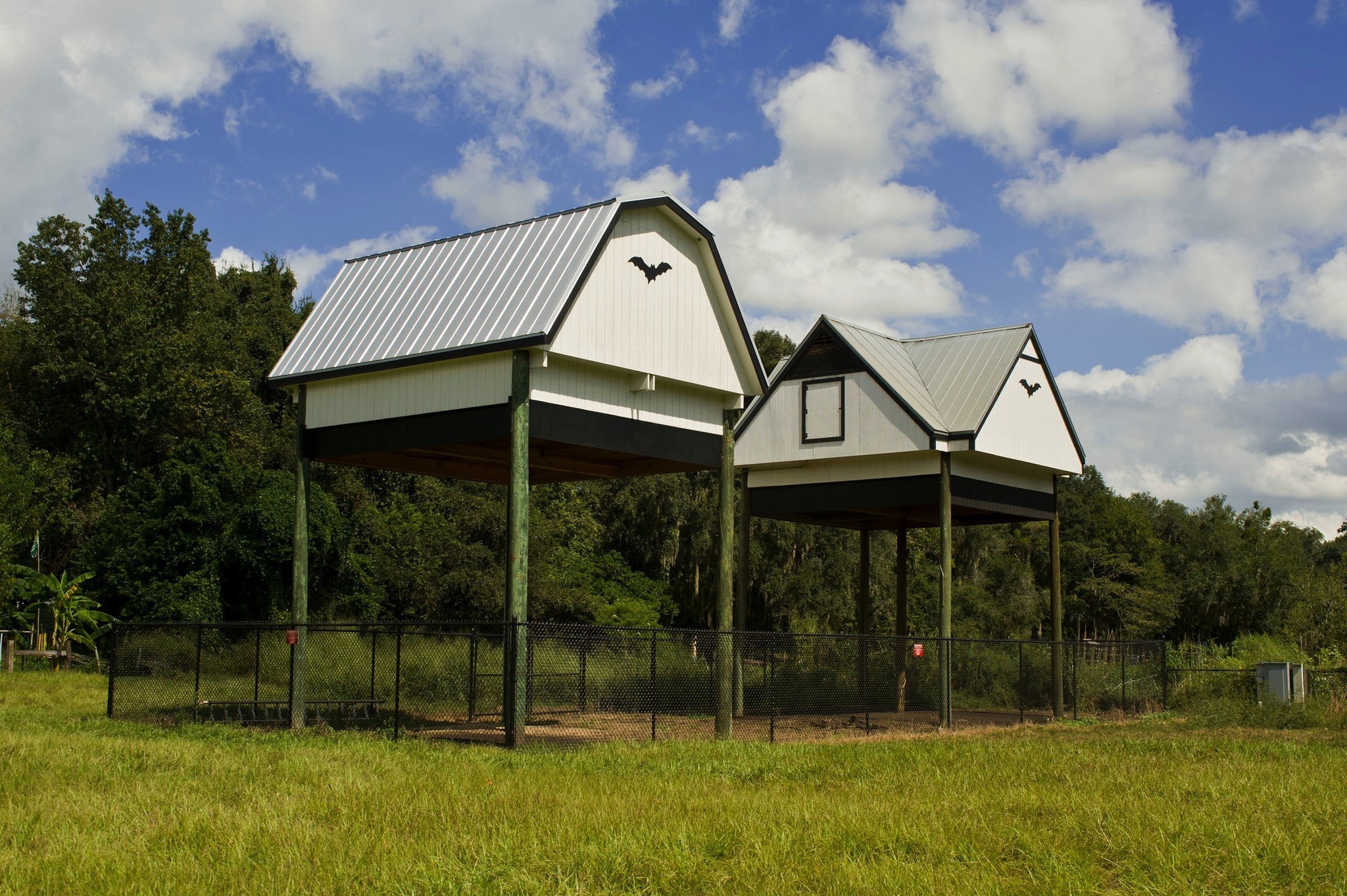 They fly out at dusk to feed.

Professor Robert Cade led the research team that in 1965 invented Gatorade – to help Florida Gator football players overcome dehydration in the hot, humid climate. The university eventually made many millions of dollars in royalties.

The beginning of the sports drink industry

The Hippodrome State Theatre in downtown Gainesville was built in 1911 as a U.S. post office and courthouse. It’s now the home of a regional professional theater.

Musician Tom Petty was born in Gainesville in 1950, and his Heartbreakers started their career there in 1976.

The 34th Street Wall is a Gainesville landmark – a 1,000-foot retaining wall that has been covered with up to 250 layers of graffiti since its construction in 1979. The city of Alachua (pop. 9,059) is the home of the largest Hare Krishna community in the Western Hemisphere.

The unincorporated community of Cross Creek was the longtime home of Marjorie Kinnan Rawlings (1896-1953), author of “The Yearling,” which won the Pulitzer Prize in 1939. A 1983 film was based on her memoirs.