Marion County is south of Alachua County. It’s one of 16 Marion counties and one of the many named for Revolutionary War General Francis Marion of South Carolina.

As portrayed by Leslie Nielsen 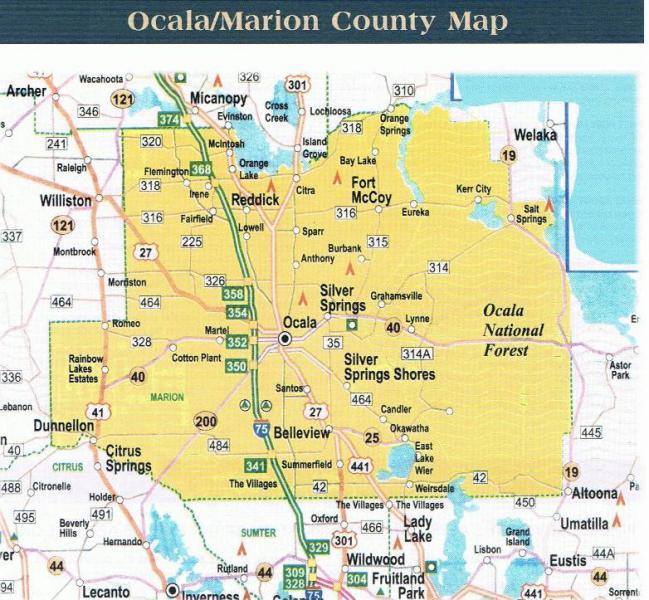 The rolling hills of Marion County are best-known today for their thoroughbred horse farms, with more than 1,200 farms in the county. Affirmed, the 1978 Triple Crown winner, was bred and raised in Marion County.

The thoroughbred industry began there in the 1940s.

The Marion Theatre in downtown Ocala dates from 1941 and still shows first-run movies.

Ocala Union Station was built in 1917. Its only passenger service today is bus service. 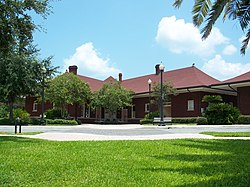 The Royal Guardsmen, an Ocala-based band, had a hit in 1966 with “Snoopy vs. the Red Baron.”

Silver Springs was one of Florida’s first tourist attractions, beginning in the late 1800s, with glass-bottom boats, a “Jungle Cruise” ride, and an amusement park.