The county was named for the 206-mile St. Joseph River, which flows through Michigan and Indiana into Lake Michigan. It flows through downtown South Bend. 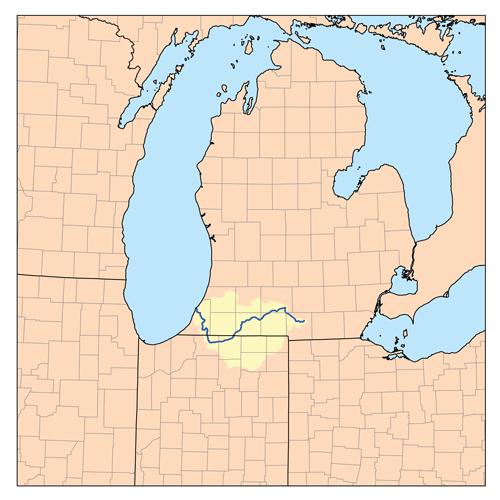 The bend in the river gave the city its name. The Studebaker Corporation was founded and headquartered in South Bend. Its South Bend automobile plant closed in 1963, and the company went out of business in 1967.

A former Studebaker test track – now a park – has a group of trees that were planted in 1937 to spell “Studebaker’ (as seen from above).

Saved from demolition in the 1960s

Tippecanoe Place, built in 1889 as a home for the Studebaker family, is now a restaurant. 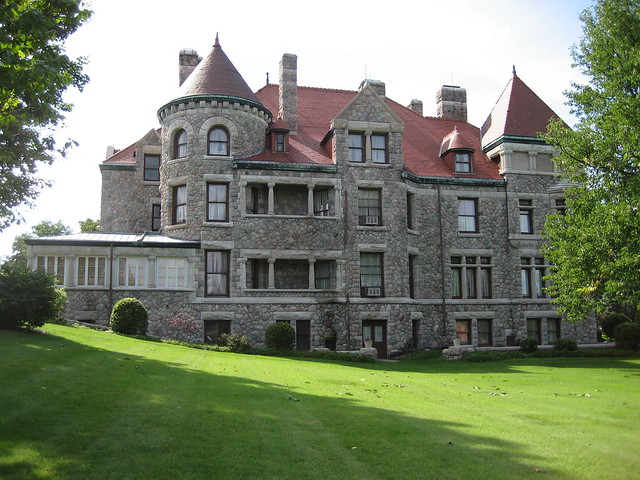 The South Bend Cubs, single-A Midwest League affiliate of the Chicago Cubs, play at Four Winds Field at Covelski Stadium (1987). The gift shop is a former synagogue, adjacent to the stadium.

It was across the street from the Studebaker factory.

The former East Race Canal in South Band was converted in 1984 to the East Race Waterway – the first artificial whitewater waterway in North America. It is open June-August.

South Bend is most famous for the University of Notre Dame – which is not actually in South Bend, but in the census-designated place of  Notre Dame, just north of South Bend.

The city of Mishawaka (pop. 48,252), just east of South Bend, has an AM General assembly plant that built Hummer H2s until 2010. It’s now building Mercedes-Benz SUVs for export to China.