DeKalb County (pop. 42,223) is south of Steuben County and just west of Ohio.

It’s one of six DeKalb counties in the U.S., all named for Johann von Robais, Baron de Kalb (1721-1780), a French military officer who served as a major general in the Continental Army in the Revolutionary War.

He died in the Battle of Camden. 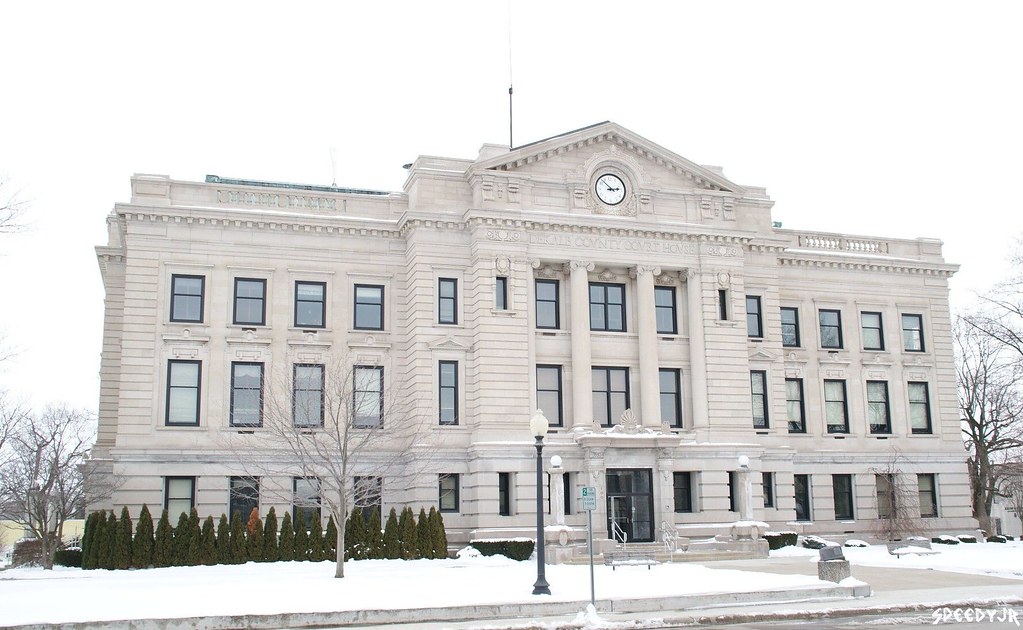 Auburn is known as the “Home of the Classics” because of its history of producing luxury automobiles. The Auburn Automobile Company was founded in Auburn and went out of business in 1937.

The Auburn Automobile Company made Duesenberg cars from 1926 until Duesenberg folded in 1937.

The Auburn Cord Duesenberg Automobile Museum, located in the company’s former buildings, has a collection of about 125 vehicles.

The Parade of Classics

Auburn is also the home of the Early Ford V-8 Foundation and Museum, “preserving 1932-1953 Ford history.”

Auburn is one of four communities in DeKalb County (along with Butler, Garrett, and Waterloo) with community mausoleums, built between 1914 and 1922. All are on the National Register of Historic Places.

The city of Garrett (pop. 6,286) was the hometown of silent film star John Bowers (born John Bowersox in 1885), whose career collapsed with the beginning of “talkies” and who apparently committed suicide in 1936 in the Pacific Ocean near Malibu.

On the Hollywood Walk of Fame