Jasper County (pop. 33,478) is west of Starke County. It is Indiana’s third-largest county in square miles.

It’s one of eight Jasper counties in the U.S., all named for Revolutionary War hero William Jasper (1750-1779), whose exploits were popularized by author Parson Weems. 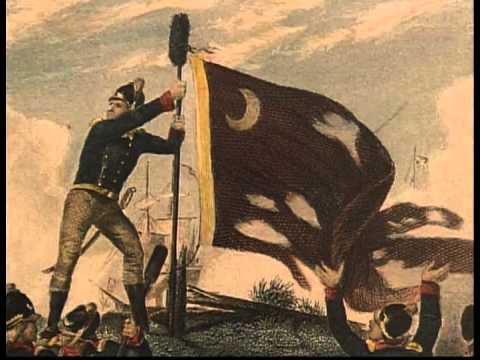 Raising the flag at Fort Moultrie

Weems’s stories also made Sgt. John Newton famous. As a result, Jasper and Newton were often paired in the American mind in the early 1800s, when counties were being named. Five Jasper counties (including Indiana’s) are adjacent to Newton counties.

The county seat of Jasper County is the city of Rensselaer (pop. 5,859), which was originally named Newton. Rensselaer (ren-sa-LEER) was named for James Van Rensselaer, a merchant who came to the area from Utica, N.Y. 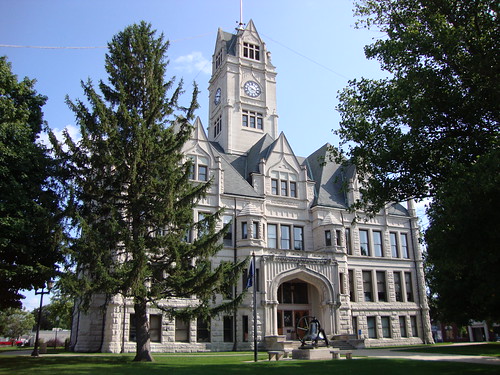 The Ritz Cinema in Rensselaer opened in 1928 as the Palace Theatre. It reopened in 2006.

The adjacent community of Collegeville is the home of Saint Joseph’s College, a Catholic liberal-arts school with about 1,000 students.

The Chicago Bears held their annual training camp at St. Joseph’s College from 1944 to 1974. Parts of the TV movie “Brian’s Song” were filmed on campus.