Benton County (pop. 8,854) is south of Newton County, along the border with Illinois. Indiana’s fourth-least-populous county, it reached its peak population of 13,123 in 1900.

It is one of nine Benton counties, and one of the seven named for Thomas Hart Benton (1782-1858), five-term senator from Missouri.

The painter was his great-great-nephew.

Benton County has long been one of Indiana’s leaders in corn and soybean production. It’s now also known as the leader in wind-energy production in Indiana. 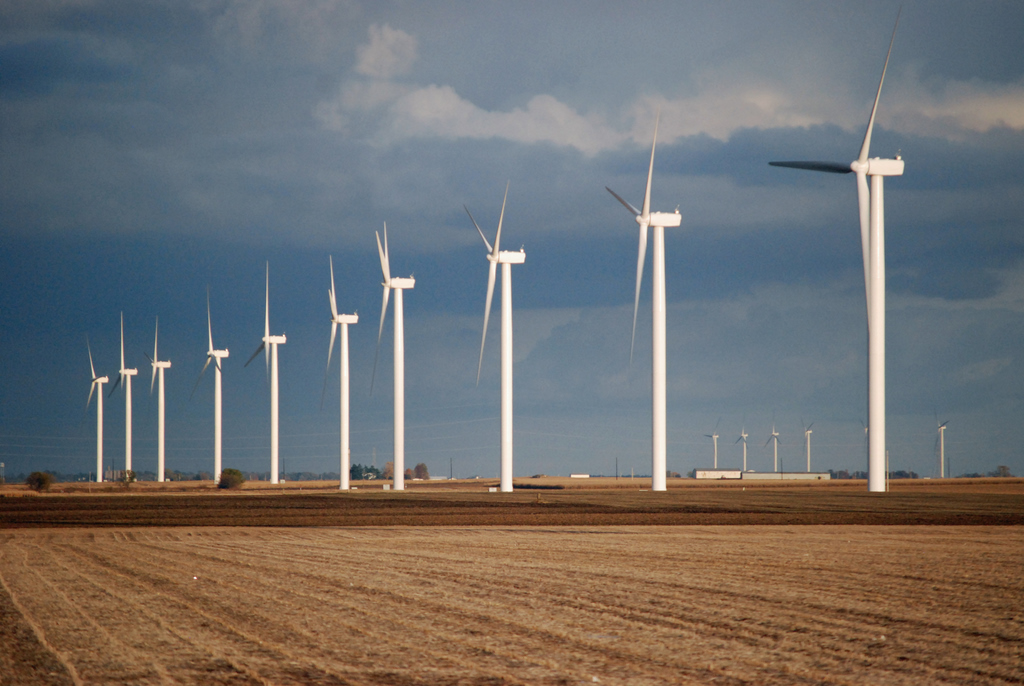 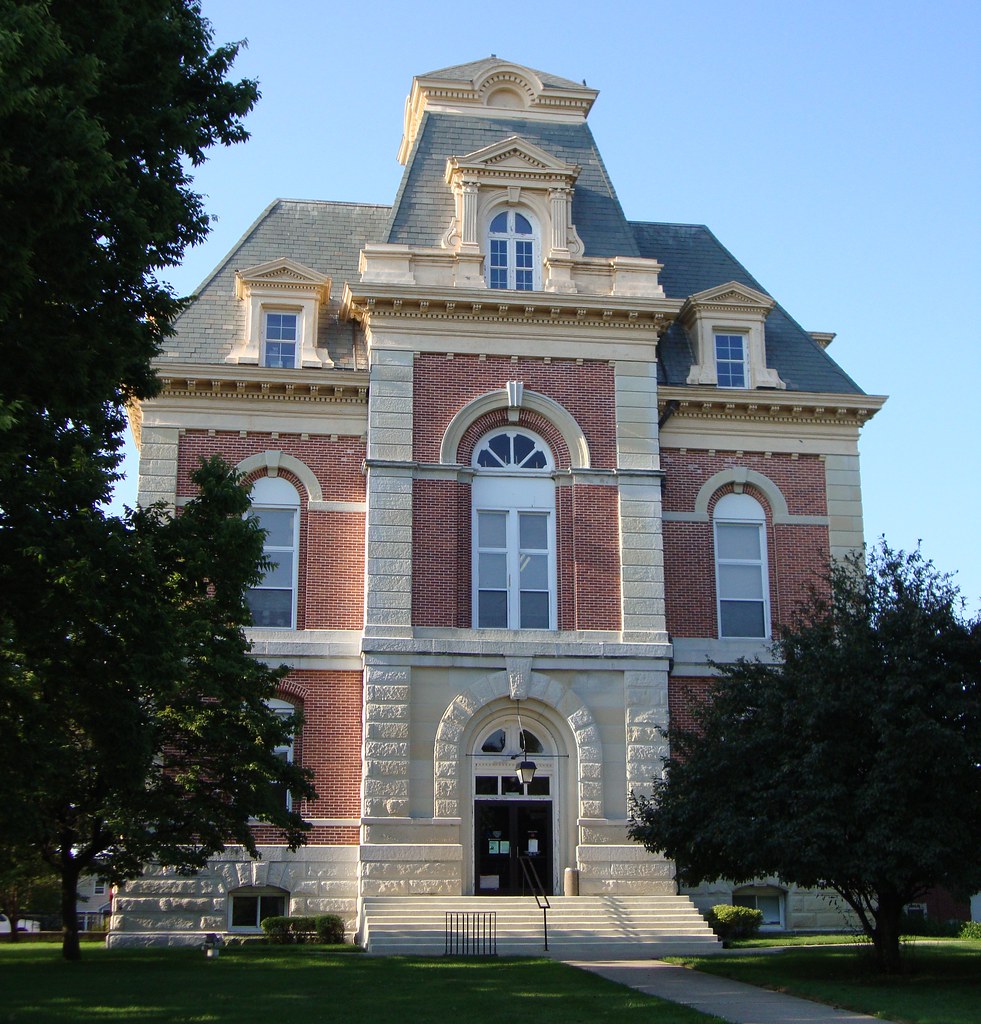 The town of Oxford (pop. 1,162) was the birthplace of Dan Patch (1896-1916), the fastest harness-racing horse of its era and a nationwide celebrity. Dan Patch lived in Minnesota from 1902 until his death.

The town of Boswell (pop. 778) has long been known as “The Hub of the Universe” – as has Boston, Massachusetts.

The town of Earl Park (pop. 348) is distinguished by its cemetery and the 22-foot monument to early settler Edward C. Sumner and his wife, Abigail.