It was named for President John Quincy Adams (1767-1848) of Massachusetts. 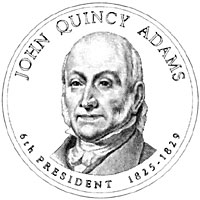 David Anspaugh, the director of the movies “Rudy” and “Hoosiers,” was born in Decatur in 1946.

The city of Berne (pop. 3,999) was settled by Swiss and German immigrants and was named for the capital of Switzerland. In 2010, the city built a 160-foot replica of the clock tower in Berne, Switzerland.

The one in Switzerland is 500 years old.

Berne also hosts entertainment at the base of the tower.

The town of Geneva (pop. 1,293), named for the city in Switzerland, was the longtime home of author Gene Stratton-Porter (1863-1924), author of “A Girl of the Limberlost.” Her home is now Limberlost State Historic Site.

Limberlost Swamp was nearby.