The county was named for James Fontaine (1757-1790), whose name was also spelled “Fountaine.” He died in a Northwest Indian War battle named either Harmar’s Defeat, Battle of the Maumee, Battle of Kekionga, or Battle of the Miami Towns.

Also “Battle of the Pumpkin Fields”

The county seat of Fountain County is the city of Covington (pop. 2,645). 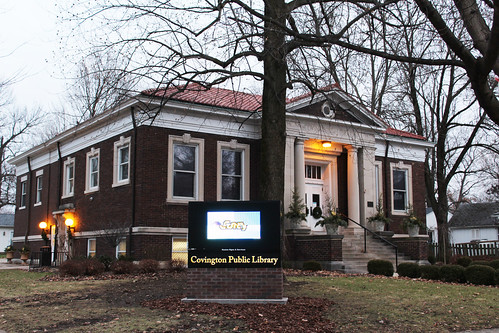 Portland Arch Nature Preserve is near the Wabash River, between Covington and Attica.