Randolph County (pop. 26,171) is east of Delaware County, on the border with Ohio.

The eight Randolph counties in the U.S. were named for three different Randolphs: John, Edmund, and Peyton. This one was named for Peyton Randolph (1721-1775) of Virginia. 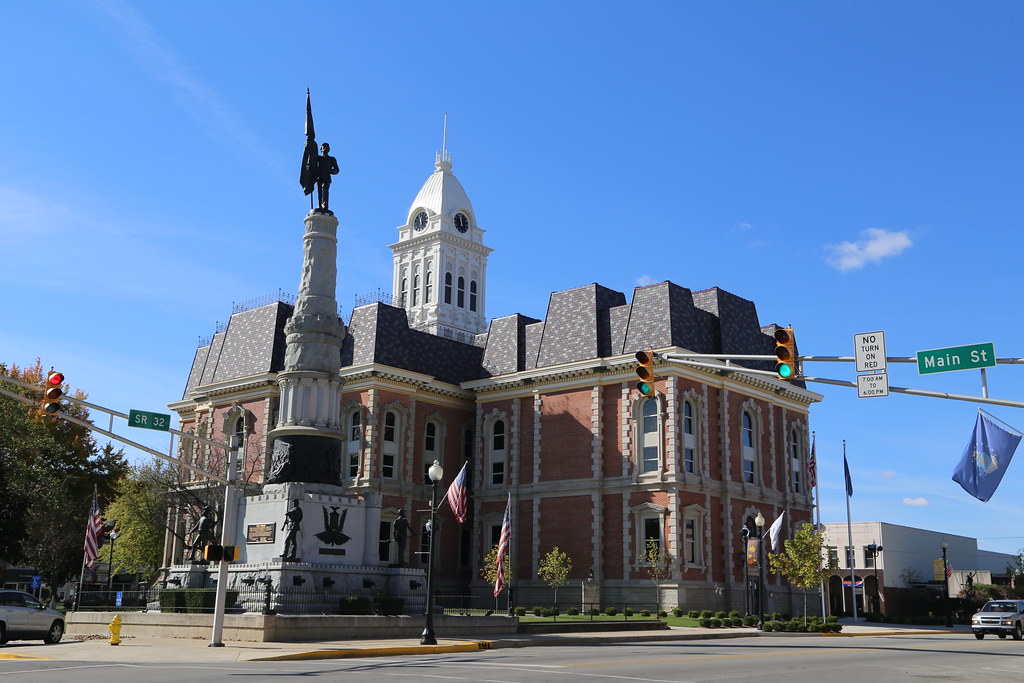 Winchester Speedway is a half-mile paved, oval racetrack, seating about 4,000 spectators. It opened in 1916.

The 1995 movie “Now and Then” was written by I. Marlene King, about her childhood in Winchester. It was actually filmed in Georgia, and the town’s name was changed to “Shelby.”

East of Winchester, the city of Union City (pop. 3,584) is just across the border from Union City, Ohio.

The rock group The McCoys got their start in Union City. They had a #1 hit with “Hang on Sloopy” in 1965.

Jim Jones (1931-1978), founder and leader of the Peoples Temple cult, grew up in rural Randolph County. He and more than 900 followers died in Jonestown, Guyana, in a mass murder-suicide. In the early 20th century, Randolph County and its school superintendent, Lee L. Driver, were known nationwide as leaders in the movement to consolidate rural schools. A middle school in Winchester is named for Driver.