Hoosier Hill (elev. 1,257 feet), the highest point in Indiana, is in the northeastern part of Wayne County. It is on private property, but there is a trail to the “top.” 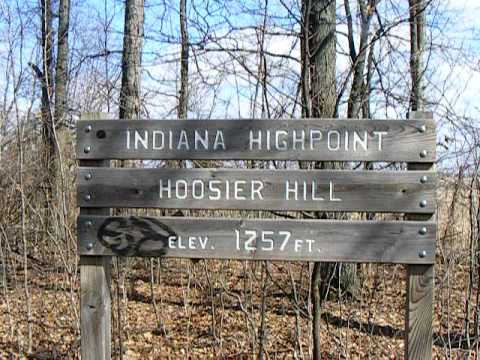 About 30 feet above surrounding farmland

The county seat of Wayne County is the city of Richmond (pop. 36,812), home of the Indiana Football Hall of Fame. Richmond was known as “Rose City.”

Richmond has also been called the “Cradle of Recorded Jazz.” Gennett Records was the first to record Louis Armstrong, in 1923, and Hoagy Carmichael first recorded “Stardust” there, in 1927.

Richmond has a Glen Miller Park. Located in a narrow valley (or glen), it was named for Col. John Miller, the land’s original owner.

Not for the bandleader

Professors are called by their first names.

A natural gas explosion in downtown Richmond in 1968 killed 41 people and injured more than 150. Fourteen square blocks were destroyed or damaged.

Main Street through downtown was closed to traffic.

Richmond built a five-block pedestrian mall on Main Street a few years later, but it was reopened to vehicle traffic in 1997 in an effort to revitalize downtown. The museum is located at Richmond High School, and so is the fourth-largest high school gym in the U.S. (and in Indiana), which holds 8,100. 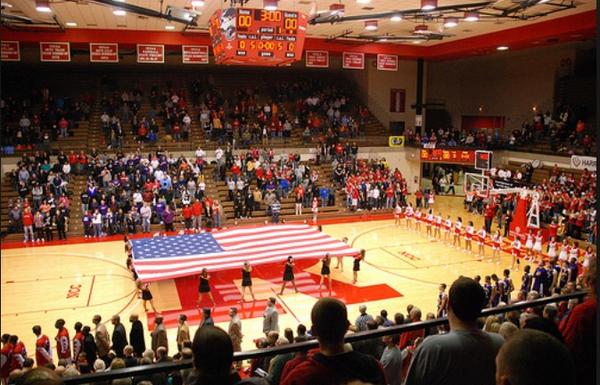 The nearby town of Centerville is the home of “The World’s Largest Candle.”

Outside a candle outlet store

The town of Greens Fork, northwest of Richmond, was the birthplace, in 1850, of Old West outlaw Johnny Ringo . He died in 1882, somewhere in the vicinity of Tombstone, Arizona, possibly shot by Wyatt Earp.