Owen County (pop. 21,575) is east of Clay County. The only other Owen County is in Kentucky.

The Spencer Town Hall and Fire Station is on the National Register of Historic Places.

There is a giant chicken at the entrance to the Owen County Fairgrounds in Spencer. It was formerly located in front of a restaurant.

Spencer has a drive-in theater called the Cinema 67.

Downtown Spencer also has a restored movie theater, the Tivoli, dating from 1928. It is still showing movies.

Cataract Falls, on Mill Creek north of Spencer, is Indiana’s largest waterfall, by volume. The Upper Falls is 45 feet high, and the Lower Falls is 30 feet high. 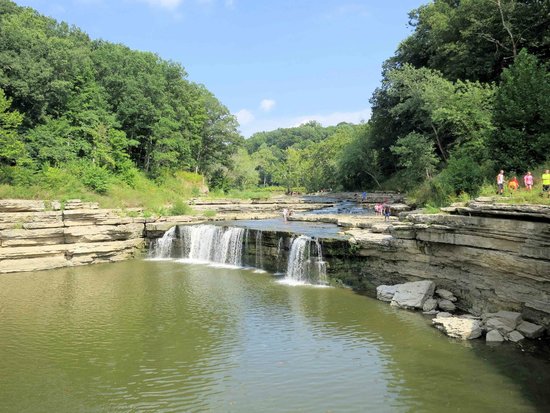 Nearby is the much-photographed Cataract Falls Covered Bridge (1876).

Open only to pedestrians 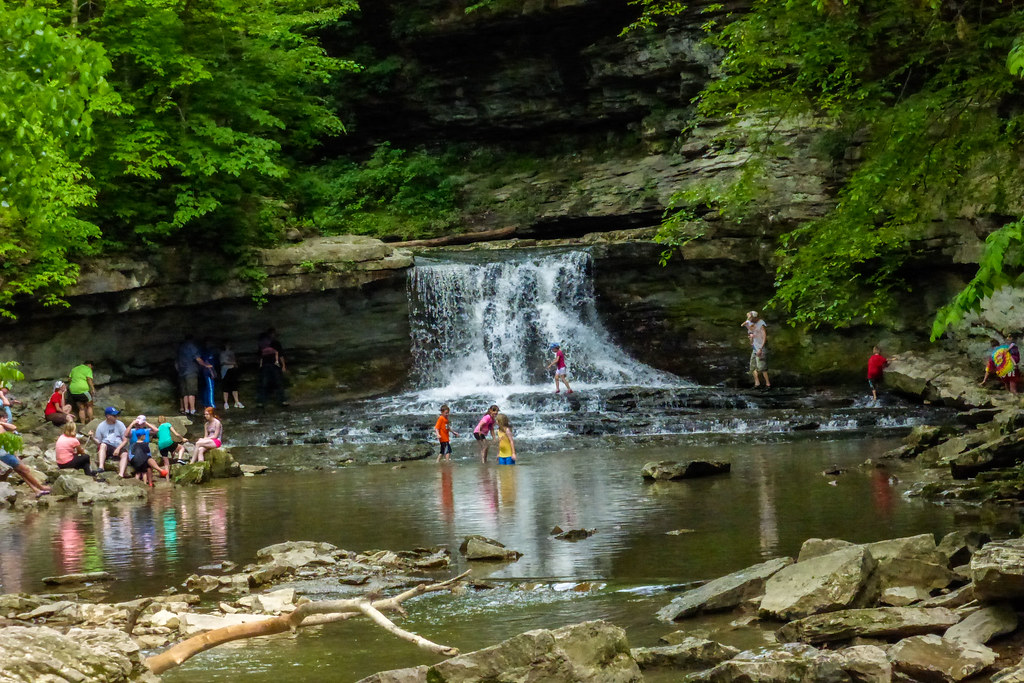