Morgan County (pop. 68,894) is east of Owen County. Located conveniently between Indianapolis and Bloomington, it’s been growing steadily since the 1930s.

It is one of 11 Morgan counties, and one of the nine named for Daniel Morgan (1736-1802) of Virginia, an American general in the Revolutionary War.

The county seat of Morgan County is the city of Martinsville (pop. 11,858).

Martinsville has been known as “The Goldfish Capital of the World” because of its fisheries businesses, dating from 1899 and continuing today. 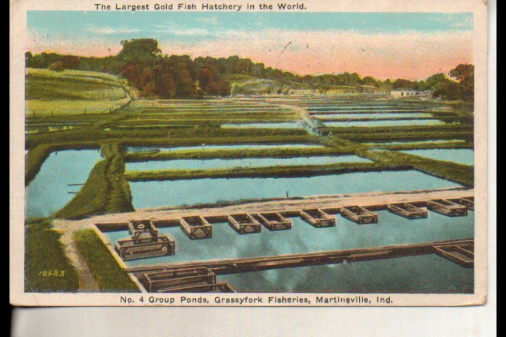 From the late 1800s to the 1960s, Martinsville was also known for its artesian mineral water health spas, or “sanitariums.” The athletic teams at Martinsville High School are still known as the Artesians.

The gym at Martinsville High School, built in 1924, is on the National Register of Historic Places. 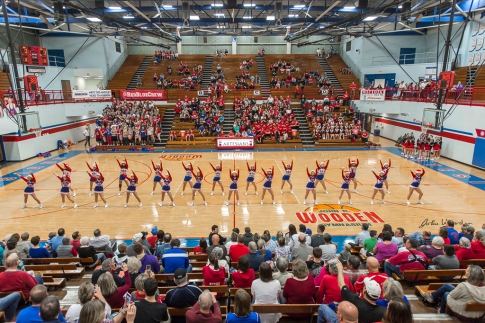 John Wooden (1910-2010) grew up in the area, and played basketball at Martinsville High School.

North of Martinsville, the town of Mooresville was the hometown of artist Paul Hadley, who designed the current Indiana state flag.