Badly wounded in the battle

The county seat of Bartholomew County is the city of Columbus (pop. 44,061), which has grown every decade since its founding in the mid-1800s.

Columbus is known worldwide for its collection of modernist architecture and public art, with works by Eero Saarinen, I.M. Pei, Robert Venturi, Cesar Pelli, Richard Meier, and many others. 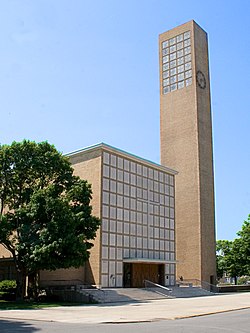 Columbus City Hall was completed in 1981. It was built of brick and Indiana limestone.

North Christian Church (1964) was designed by Eero Saarinen. The building is hexagonal, with a 192-foot spire. 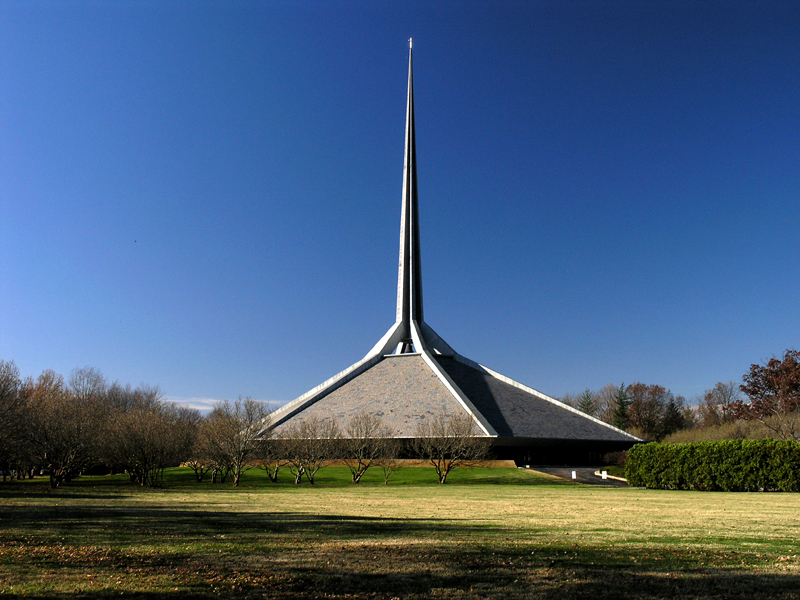 An oculus below the spire admits light.

The Republic newspaper building (1971) has a glass and white aluminum curtain wall. The Crump Theatre in Columbus has been called Indiana’s oldest theater. It dates from 1889, but was remodeled into Art Deco style in 1941.

Kidscommons, a children’s museum in Columbus, features “the world’s largest toilet,” which is actually a slide. Mike Pence, former Indiana governor and current vice-presidential candidate, was born in Columbus in 1959 and grew up there.

NASCAR star Tony Stewart was born in Columbus in 1971. He played trombone in the Columbus North High School marching band.