The county was named for Jonathan Jennings (1784-1834), the first governor of Indiana. 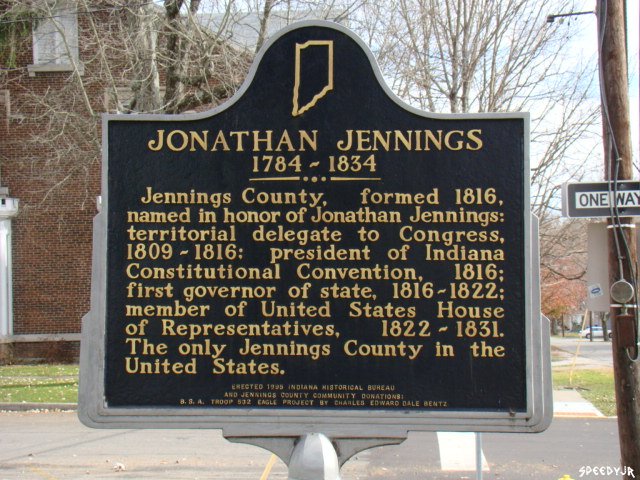 Jennings County has the smallest county seat in Indiana –  the town of Vernon, population 318.

Author Jessamyn West (1902-1984) was born in North Vernon. Her family moved to Southern California when she was six.

Hannah Milhous Nixon (1885-1967), mother of President Richard Nixon, was born near the unincorporated community of Butlerville. Richard Nixon and Jessamyn West were second cousins. (Her mother was a Milhous.) Both were raised as Quakers, and both graduated from Whittier College in California.

The Muscatatuck Urban Training Center is in Jennings County. The site was originally the Indiana Farm Colony for Feeble Minded Youth.

Civilian first-responders are trained there.