In the late 1800s and early 1900s, coal mining was the major industry in mountainous Susquehanna County. Today, the county is a center of natural gas drilling in the Marcellus Shale. 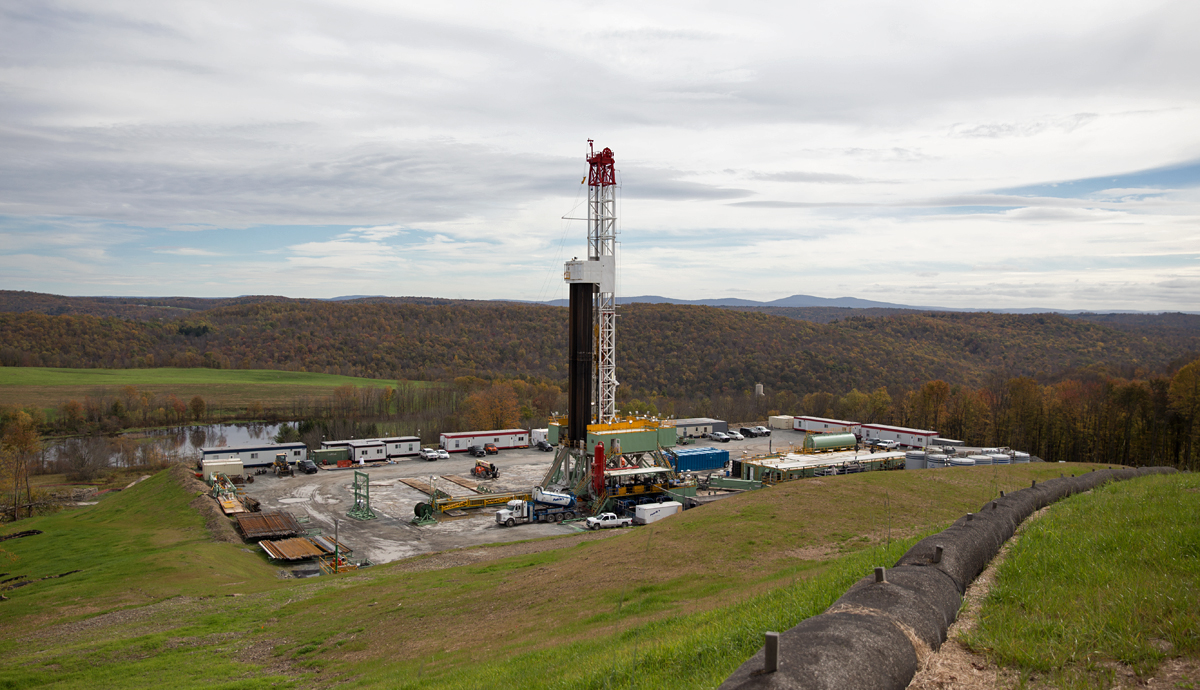 The county seat of Susquehanna County is the borough of Montrose (pop. 1,617). The Montrose Theater has been showing movies for more than 90 years.

The community of Susquehanna Depot (pop. 1,643), on the Susquehanna River, was once a center for the construction of railroad locomotives and railroad cars. Its peak population was 3,872 in 1890. 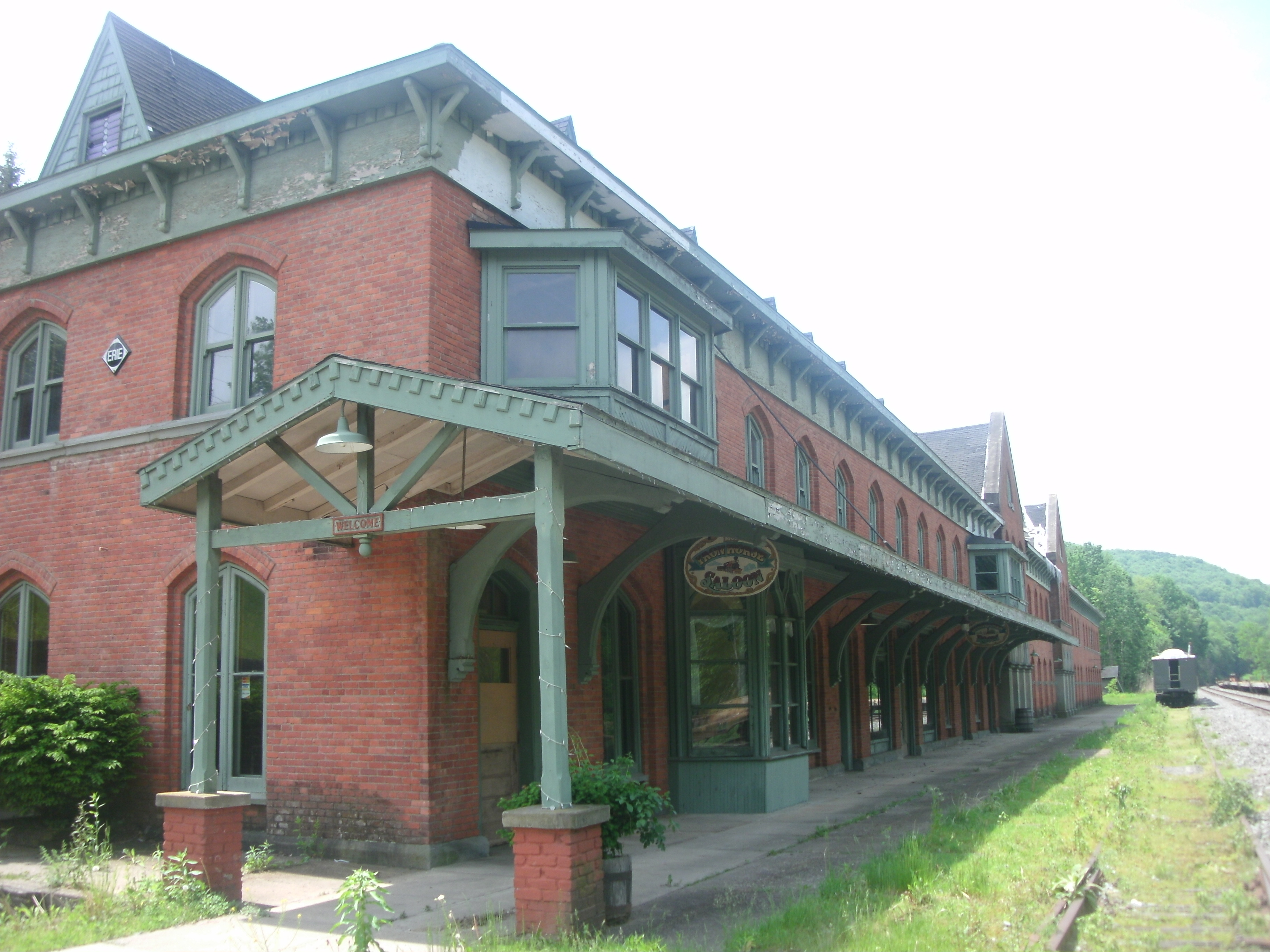 The 3-story Erie Railroad Station had a hotel in it.

B.F. Skinner (1904-1990) was born in Susquehanna Depot. He was a philosopher, author, and professor of psychology at Harvard University.

The stone-arch Starrucca Viaduct, near Susquehanna Depot, opened in 1848 and is still in use. It was considered the world’s most expensive railroad bridge at the time of its construction. 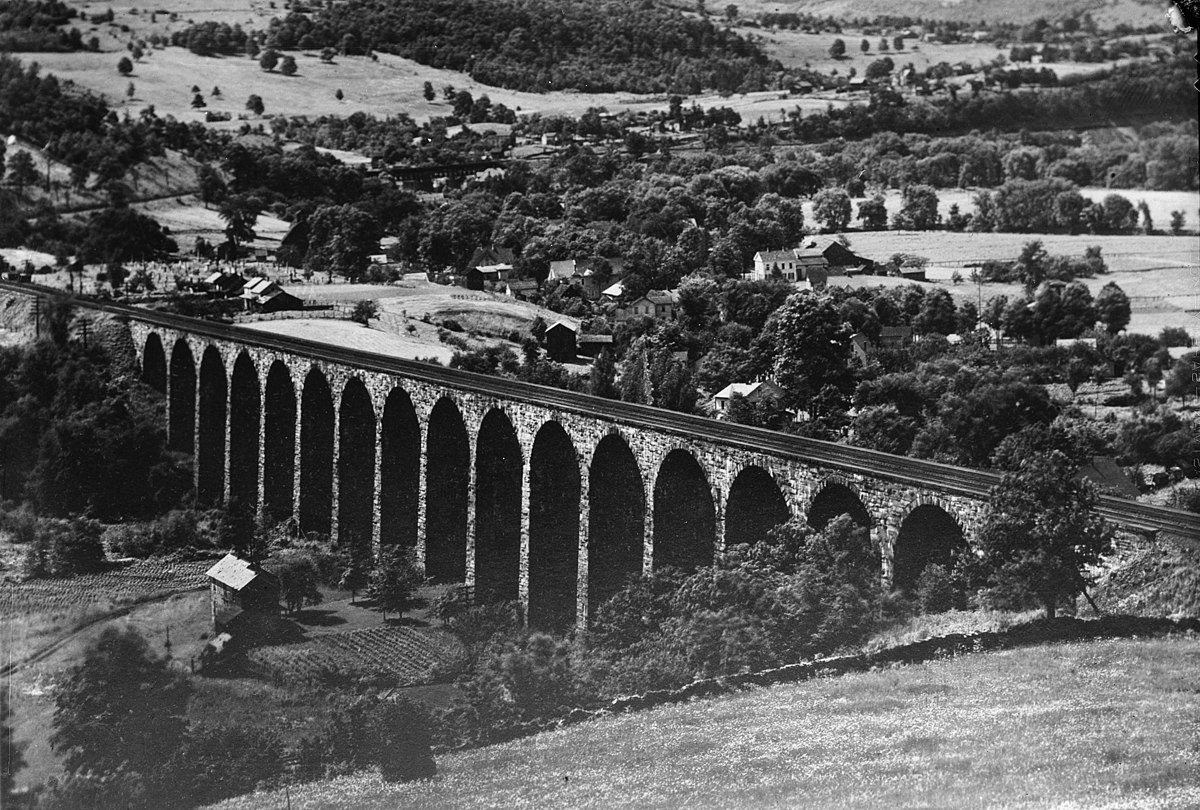 Susquehanna County has a community named Hop Bottom (pop. 337). It was named for the hop vines (hops are used for brewing beer) found in the bottom of the valley.

Bad luck if you remove one.