The county was named for John Armstrong (1717-1795), a general in the Revolutionary War and a delegate to the Continental Congress for Pennsylvania.

The county seat of Armstrong County is the borough of Kittanning (pop. 4,044), pronouned k-TAN-ing. The name came from Delaware Indian words meaning “on the main river.” 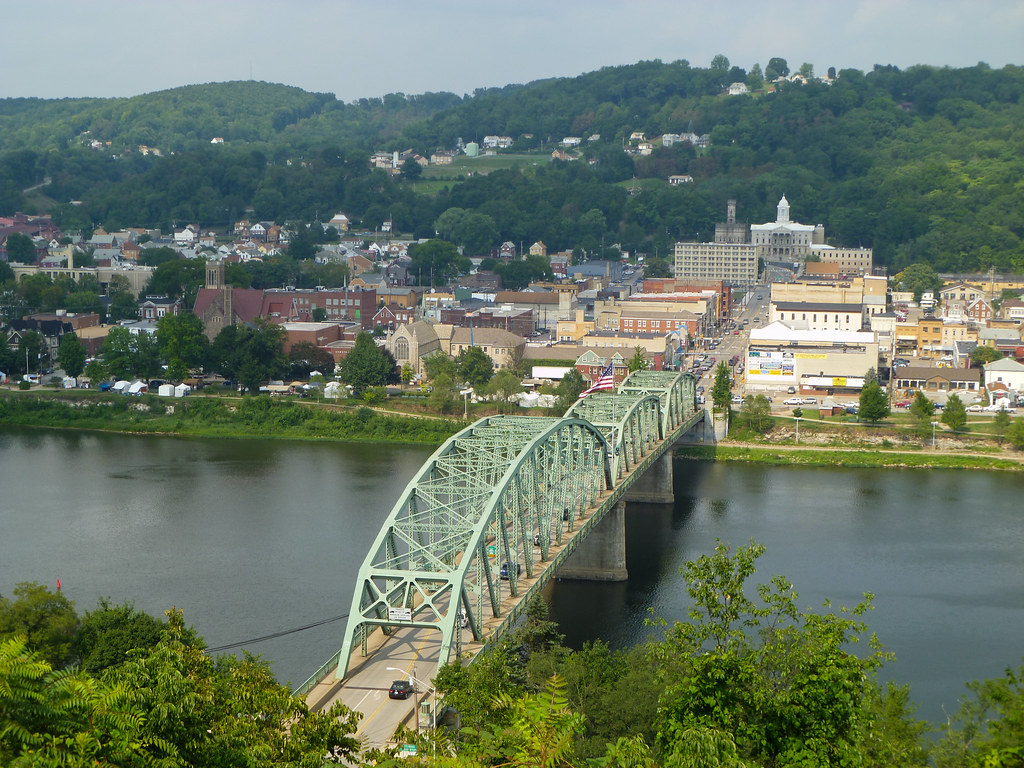 The Armstrong County Courthouse is on the National Register of Historic Places.

A Muffler Man holding a hamburger is in front of the Cadet Restaurant in Kittanning. 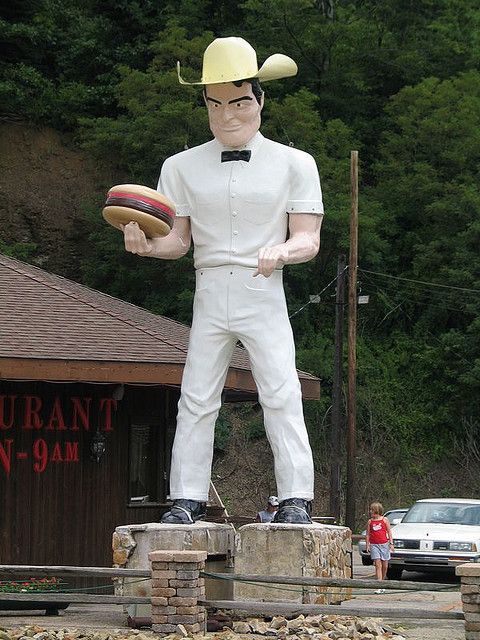 The city of Parker (pop. 840) has been called “The Smallest City in the USA.” It briefly had a population of 20,000 in the 1870s, during the northwestern Pennsylvania Oil Boom.

In the winter of 2014, Parker was the site of a massive ice jam on the Allegheny River, causing minor flooding.

The Brady’s Bend Iron Company Furnaces, in Brady’s Bend Township, are on the National Register of Historic Places. They’ve been called “The Cradle of the Iron and Steel Industry in America.” 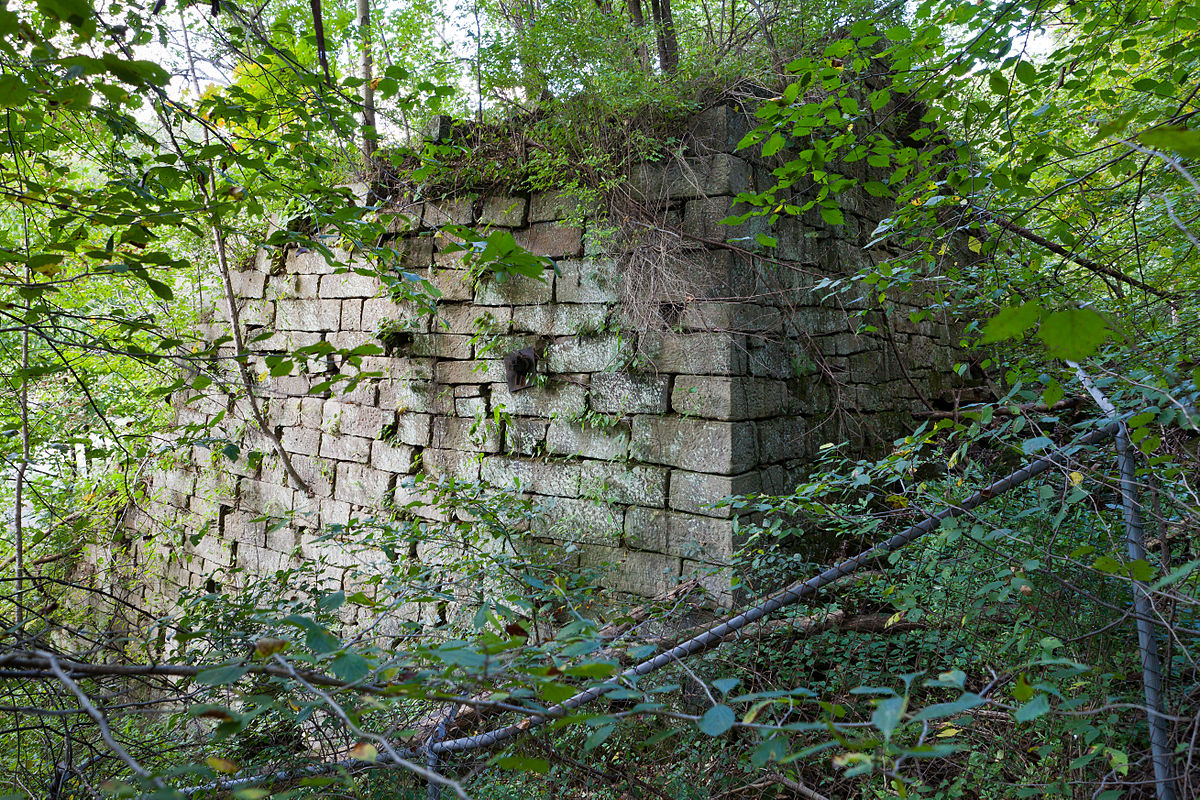 The borough of Leechburg (pop. 2,156) was the first place where natural gas was used for industrial purposes. Leechburg’s population peaked at 4,489, in 1930.